“Doubt is an uncomfortable condition, but certainty is a ridiculous one.” – Voltaire 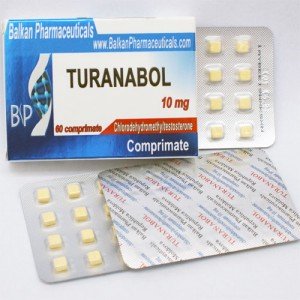 Turinabol . or to use its proper name, Chlorodehydromethyltestosterone, was originally developed in the early 1960’s by an East-German company, Jenapharm. Used extensively by East German athletes it propelled them on the world stage to rival superpowers USA and Russia in the seventies and eighties (Jenapharm later went on to produce epitestosterone which has no practical purpose except to disguise testosterone use), and in 2005 the company was forced to contribute $4.1m to a fund to compensate former athletes forced to dope. With the collapse of the eastern block, and more modern anti doping methods Turinabol gradually fell out of fashion (despite its relatively short detection window), and officially, is no longer manufactured despite being widely available.

On April 7th 2016 USADA broke the news that Frank Mir had tested positive and it was later revealed by Frank that it was for “trace metabolites” of Oral Turinabol. Frank wasn’t the first. In 2015 at the world weight-lifting championships 11 athletes tested positive for the drug, in Baseball Daniel Stumpf of the Philadelphia Phillies, Chris Colabello of the Blue Jays and minor league player Kameron Loe all tested positive for the substance in the early part of 2016 and by mid 2016 the trickle became a flood as the retroactive testing of the 2008 and 2012 Olympic samples revealed more than 60 incidents involving Turinabol.

The assumption was, that athletes had for some reason reverted to an old fashioned substance, gone old school in an attempt to avoid detection, when the reality was far simpler.

In 2012, Grigory Rodchenkov and  Tim Sobolevsky published a paper in The Journal of Steroid Biochemistry and Molecular Biology detailing the procedure for a new test for oral turinabol.

At this point, a certain degree of irony enters the situation. Rodchenkov as the director of the WADA lab in Moscow was seen as a leading light in the anti doping community, yet, as revealed in the McClaren report was very much but that.

“while appearing to be at the forefront of the development of doping detection science, he was secretly developing a cocktail of drugs with a very short detection window.” – Richard McClaren 2016

On one hand, Rodchenkov and Sobolevsky were able to discover 6 new metabolites of Turinabol that remained in the body for weeks, perhaps even months after administration, the most relevant being that of “M3” that they claimed could be detected seven weeks after administration.

(The key is that they have discovered “metabolites” that appear in the body that are the result of Turinabol use – substances that remain in the human body for a much longer period than the actual Turinabol will).

On the other hand, Rodchenkov was behind a Russian program of testing athletes prior to big games to ensure they would not fail during the competition, and creating the “Duchess”, a mixture of steroids (including Turinabol) and alcohol which ensured swift absorption but equally quick excretion.

Why did one of the main perpetrators behind Russia’s doping program decide to publish a new paper on how to detect the very substance they had used for years? Well, Russia had left behind Turinabol in the “Duchess” replacing it with Trenbelone and the paper, conventiently, was not released in time for it to be put in place for the 2012 Olympics in London.

Peter Van Eenoo, director of the drug testing laboratory at the University of Ghent (Belgium) thinks he has the answer…

“If you’re really clever, you’d only do this once you’ve got something else and you want to hit the competition.”

The effect was immediate as Russia’s rivals in international competitions such as weight-lifting were hit by multiple Turinabol positives.

By 2013, development of the test had been taken over by the Cologne lab and in late 2013 ARD broke the news that in trials hundreds of samples had tested positive for Turinabol using the new methodology. By 2015, the procedure had been rolled out to labs around the world, and the stream of positives for the archaic soviet block leftover turned into a tsunami.

Of several lab directors consulted, some privately expressed reservations about how the original research may have been conducted in the tainted Moscow lab, but all said its findings had been upheld by subsequent work elsewhere. The metabolite in question, they said, could only come from turinabol or “designer steroids” based on turinabol but so close to the original they would also come under the same ban. – James Ellingworth – Associated Press

Some meanwhile have questioned the new test methods, comparing them to the meldonium situation where WADA failed to conduct proper studies before adding the substance to the prohibited list.

In July 2016 Arthur T Kopylov of the Institute of Biochemical Chemistry, Moscow had published his report entitled Novel metabolites of turinabol: WADA moving toward illusions.

Now it could immediately be argued that Kopylov, as a Moscow based scientist and with his paper being cited by a large number of Russian athletes in their defences against doping charges could raise questions of his impartiality, but he does address several issues he has with the methodology and the implementation of the new procedure.

He questions that almost all the citations in regard the original paper are from individuals associated with WADA laboratories or institutes. He addresses that in 4 years since the publication of the paper there has been very little “scientific discussion” on the paper, but instead, its findings being accepted without question and implemented in WADA accredited labs.

In particular he draws conclusion in the form of seven different issues.

These issues are described in our critical review of the method for detection of long-
term metabolites of turinabol, and altogether lead to the main conclusion of inability to apply the method in its current state, thus, the results cannot be absolutely believable and require a careful revision by wide scientific community. – Arthur T. Kopylov – July 2016 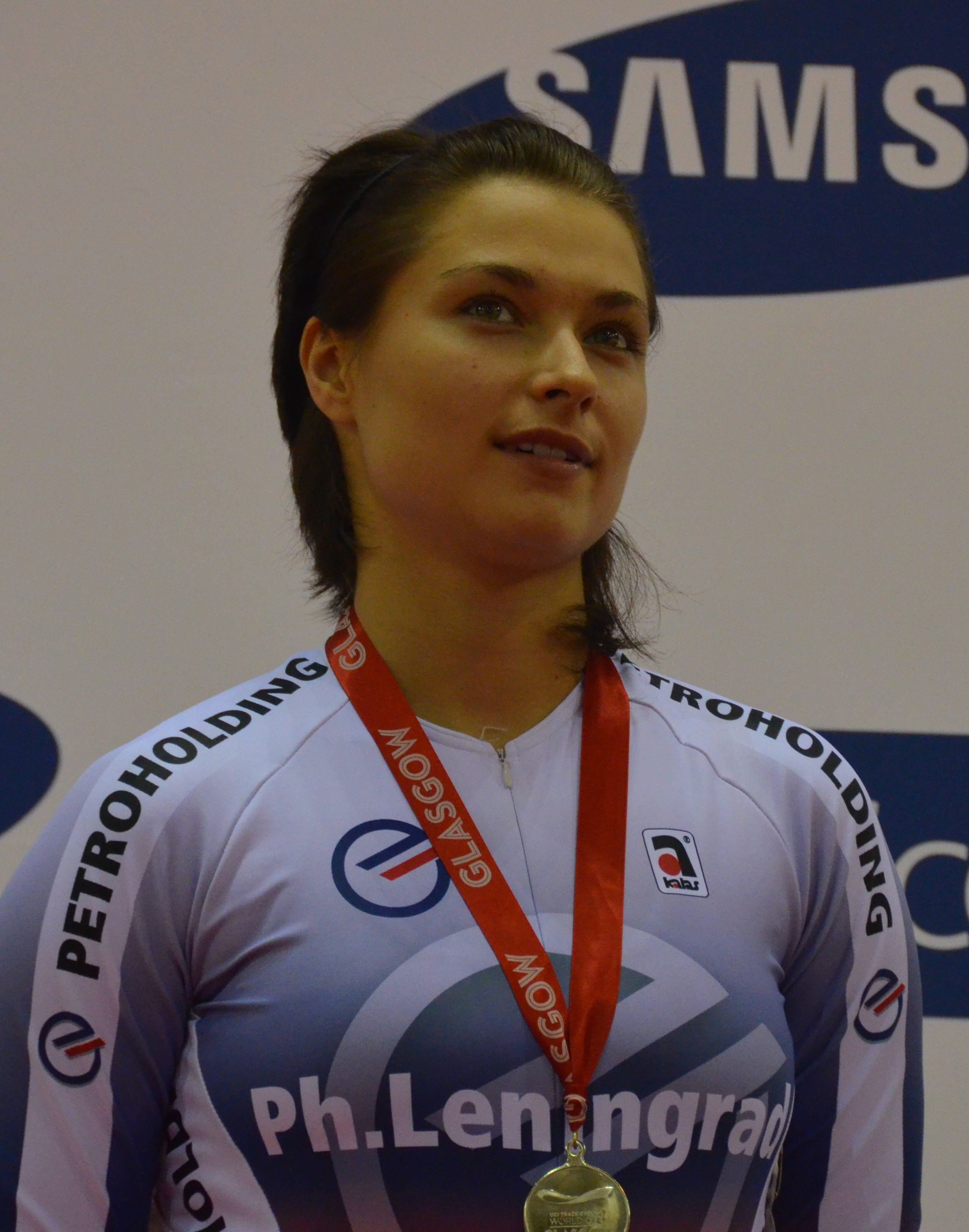 Several athletes have used Kopylov’s papers in their defence, including the IOC hearing in the case of cyclist Ekaterina Gnidenko . She was represented by Artem Patsev who has represented many Russian athletes and has relied on Kopylov’s papers. On the other side, appearing as an expert witness was Prof Martial Saugy of the Lausanne Anti-doping Laboratory who’s primary role was to explain (and defend) the methodology, as it was the Lausanne lab responsible for the retesting in the case of Ms Gnidenko.

In total the IOC held three hearings, all of which featured the testimony/evidence of Saugy and Kopylov making the following findings:

At best, that is a loose defence. So the method has been deemed fit for purpose, is based on a peer reviewed publication (With the peers largely being linked to WADA labs) and has been used in lots of labs since. The “we say it’s true, so it must be true” approach from WADA that others have drawn issue with.

Regarding the allegations made by Kopylov however, they addressed each point individually.

Don Catlin, former head of the UCLA lab in the United States has his own issues. Initially have issue with how the Montreal lab presented their findings, he then goes on to discuss the test itself.

In the last several years, a new long-term metabolite, referred to as the M4 metabolite, was identified that increases the window of detection to at least 40-50 days, perhaps longer. The chemistry of DHCMT, however, appears to be such that after 20 days only the long-term metabolite would be detectable, while the parent and other identifying metabolites would no longer be detectable. While not many drugs in the WADA system rely on the presence of a single metabolite to demonstrate the presence of a drug, doing so is certainly acceptable.

When validating such methods, it is commonplace to verify that there are no ‘false positives.’ Whether there could be a genetic anomaly that may produce a ‘false positive’ circumstance that did not present itself during the validation process remains a remote possibility that presents a difficult theory to explore. Many of the athletes in question have been tested before and did not produce positive results. Chasing an inconsistent anomaly could prove to be an endless pursuit. Cody Stanley’s circumstances certainly heighten the intrigue behind the theory, but it has yet to be considered or proven.

there is the theory that a common genetic anomaly, or another substance related to DHCMT that is present in the environment, could produce the same long-term DHCMT metabolite used for detection in trace amounts in some athletes—remote possibilities that have yet to be demonstrated.

Where does that leave us?

Essentially it becomes a battle of opinions. On one hand the generally respected Marcel Saugy of the WADA lab in Lausanne, on the other hand, the equally (generally) respected Dr Kopylov of the Moscow Institute of Chemistry both offering conflicting opinions and interpretations.

Where does that leave Frank Mir?

The only thing we know for sure, is that Frank was “caught” by the new test. His samples showed the presence of “trace metabolites”, these mysterious M3 metabolites that can remain in the system by all accounts, months after administration.

“the window of detection has moved out to, typically, several weeks, and in some rare circumstances up to months after administration” – Daniel Eichner (Head of SMRTL) – 2016

How did they get there? That rather depends who you believe and put your faith in. Do you believe Frank who pleads innocence and Dr Arthur Kopylov’s claims that the methodology is flawed, and has not been satisfactorily discussed and investigated by the scientific community.

Or do we agree with the opinion of the much respected Marcel Saugy, in defending the test and its validity.

Why was Frank’s first test negative?

Several possibilities, the most likely being that the first batch of samples were not analysed using the new method of detection for the Turinabol metabolite. Alternatively  Tokyo lab that processed the second samples could have a lower LOD (Limit of detection) and/or LOQ (Limit of quantification) than the lab in Salt Lake City. Finally, that the Turinabol entered the athletes system by whatever means, after the first sample collection, but prior to the second.

Update: In April 2017 Mir was suspended for two years. In USADA’s statement it was confirmed that his first sample had not been analysed using the more up to date Turinabol detection method. However, following the positive they retroactively tested that sample and that too was positive under the new method.

Does Frank have a case?

It seems on the surface unlikely. He could argue to a tribunal the findings of Dr Kopylov but USADA could argue that the IOC panel has already rejected these findings having had both Dr Kopylov and Dr Saugy as witnesses. Its almost certain that USADA would attempt to use the IOC panel findings as precedent. He could argue, in line with the Catlin concerns that the lab had failed to adequately demonstrate the presence of M3 Metabolite in the sample, but this would need a respected and credible doctor capable of challenging the lab findings.

What we can say, is that based on the new  test, the Turinabol could have entered Frank’s system, not just a few days before the sample collection but, practically, at any point in the months prior. Its even possible that the substance entered his system as far back as 2015. That sort of timescale, makes for instance, if it was a result of a contaminated supplement, almost impossible to detect the culprit.. You can remember what you took last week, can you remember everything you took months ago.

Going back to the case of Ekaterina Gnidenko

In the cases of both Ekaterina Gnidenko and Maria Abakumova, the IOC panel reached this conclusion when discussing the possibility of contaminated supplement:

In this respect, the Disciplinary Commission observes that supplements do not, as a rule, contain turinabol and that accidental contamination of a supplement appears to be very unlikely.