Back in around 2011 I set on the idea of trying to document team sponsor changes, management history and the general history of cycling teams going back to, well, whenever I ended up going back to.

At the time, I remember thinking that it would be a nice little project, maybe take a few days to a week or so to produce something that gave a nice overview, and then I could pack it away and be done with it.

Five years later I’m still at it (Granted it has only been worked on in fits and bursts over that five years).

Part of the problem was I underestimated just how many team changes there had been over the years, but the second problem was that once you get past about 1990 reliable sources start to fall away a little. Many sources give conflicting information, wikipedia by then becomes totally unreliable, and as you track back through each teams history you encounter numerous rabbit holes that you vanish down never to be seen again.

Version one can now be considered (kind of) final. It includes the full histories of every single team that has contested a Grand Tour since 1985, going back to the start of their history and forward to include any future variations of the team. 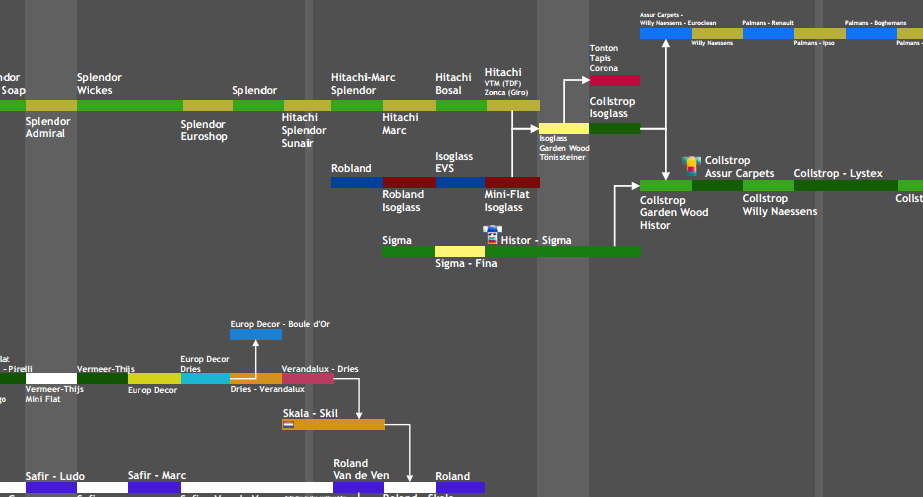 As a reference guide this is pretty much complete. (A note on the PDF, Acrobat is pretty temperamental as to whether or not it will open it properly, I find foxit, or the regular Windows 10 pdf viewer cope a little better) 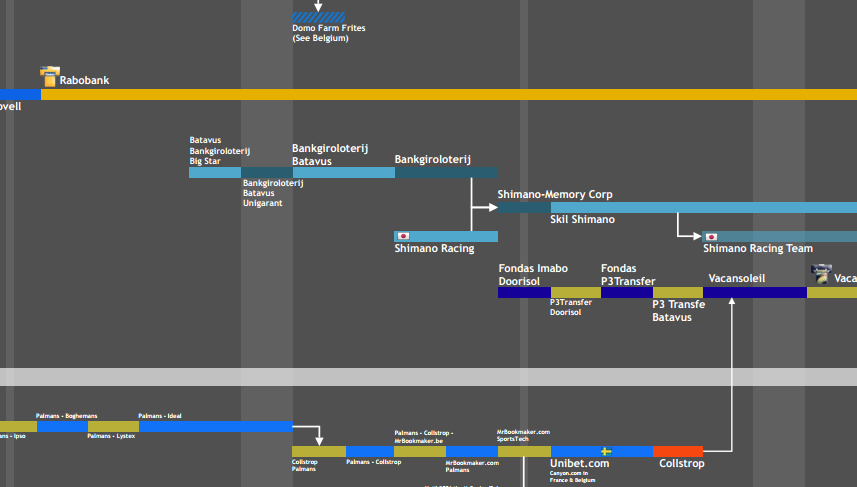 Winter of 2016 in resuming work on the project I hit a number of difficulties. Firstly, the layout I was using that seemed like a good idea at the start of the project, was now struggling, largely because the file was large and fairly messy to work with, inserting a team because a complicated process, moving numerous things around. Secondly, to continue adding more teams (with the view of eventually including every single Grand Tour team in history) it needed tidying up.

This project is not being done for any commercial reasons, but if you want to keep me motivated I’m not averse to the odd coffee or two to keep me awake.