Whatever happened to the… the plasticizer test? 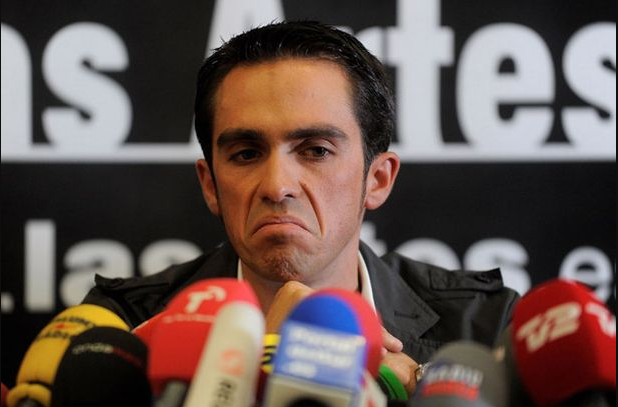 At the end of 2010 it was announced by the UCI that Alberto Contador, that years Tour de France winner had tested positive for Clenbuterol in a sample provided during the race. Contador quickly denied he had cheated, blaming the positive on a “contaminated steak” consumed during the race.

One day later in L’Equipe it was reported that as well as testing positive for clenbuterol, Contador had also tested positive for plasticizers, a softener used in various plastic items including iv bags, tubing, and other equipment used in blood transfusions. This led to immediate speculation that the cause of the positive was simple, Contador had used clenbuterol out of season, but had transfused in a bag of blood during the race (a bag he had withdrawn earlier in the season), that still contained clenbuterol that had been present at the time of withdrawal. Bingo. Case solved.

Of course, the bigger story was that the UCI and WADA had access to a test that could effectively determine if an athlete had had a transfusion. In 2009 Jordi Segura and partners had published a paper, “Urinary di-(2-ethylhexyl)phthalate metabolites in athletes as screening measure for illicit blood doping: a comparison study with patients receiving blood transfusion”. In short, they had determined that they could isolate DEHP  (di-(2-ethylhexyl)phthalate metabolite), a phthalate, in a subjects urine, which would effectively point towards the athlete having had a transfusion.

“High concentrations of DEHP metabolites present in urine collected from athletes may suggest illegal blood transfusion and can be used as a qualitative screening measure for blood doping.”

There was however a problem, the test had yet to be ratified and approved for use by WADA, but in late 2010 a study appeared in the journal “Analytical and Bioanalytical Chemistry” looking at the DEHP Phthalate metabolites and this time it was not just authored by Sergura at the Barcelona lab, but also staff from the labs in Cologne and the university in Budapest. Typically publication in a scientific journal, allowing peer-review, is a sign that a test is drawing close to being validated. A test was drawing near that would not only impact the Contador case, but impact all sports massively? 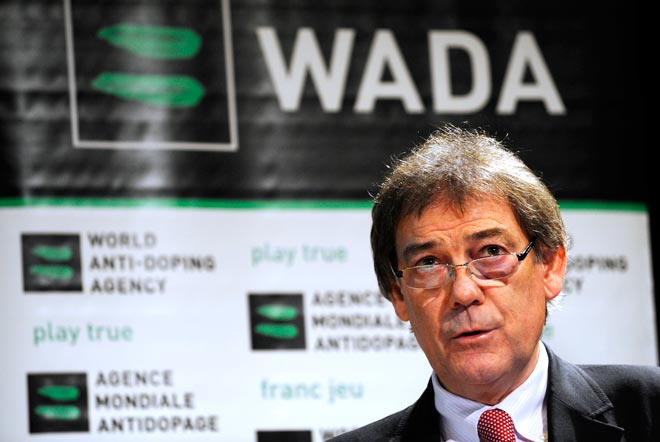 Fast forward to January 2011 and Contador’s case is close to being heard by the Spanish Cycling Federation. Seemingly pre-empting the case, WADA Director General David Howman announces that the plasticizer test is close to being approved, telling Velonation ““Its use for anti-doping purposes has been considered for some time and evidence from it, among others, can be used before tribunals.”

At the end of January Contador’s case goes before the Spanish Cycling Federation and he is given a one year ban with the right of appeal. He appeals. And a little over two weeks later he is cleared of all charges by the Spanish Federation.  A month later, the UCI (Cycling’s governing body) announce that they will appeal the decision to CAS (The Court of Arbitration for Sport). Two days later WADA also joined the appeal, and one of the chief weapons in their evidence would be the data from the plasticizer test and the notion that Contador had received a blood transfusion during the race.

By the middle of 2011 cracks were appearing in the plasticizer test with Norbert Baume, of the WADA lab in Lausanne’s (who had been developing the test also) admitting that the test alone might not be enough to gain convictions. The hearing before CAS would take place in late November 2011, but in early November two weeks before the hearing there were further signs of trouble as WADA pulled funding for development of the plasticizer test.

But the case against Contador remained strong. His sample provided on the Monday at the Tour de France showed only trace levels of plasticizers, by Tuesday the levels had spiked suggesting a transfusion and by Wednesday clenbuterol was present in his urine.

At the hearing the argument collapsed. WADA’s key witness, Michael Ashenden, an expert in haemotology and the biological passport, who had been expected to provide further information on the “transfusion theory” was prevented by CAS from discussing numerous topics that were relevant to the case, with WADA lawyers at one point “considering walking out of the hearing“.

Ultimately CAS would suspend Contador for 2 years, but only based on the Clenbuterol positive, deciding that it was “very unlikely” he had received a transfusion. In the and the transfusion claim was dismissed on the basis that “the appellants did not initiate the disciplinary proceedings on the grounds of an alleged blood transfusion”, but the statement that they found the likelehood of a transfusion “very unlikely” and the gagging of Ashenden at the hearing meant that the plasticizer test as a means of charging an athlete with an offence, was effectively dead at its first hurdle.

“Ninety-eight percent of people in the U.S.A. have measurable levels of DEHP” – Shanna Swan – Mount Sinai School of Medicine

The biggest problem came as a result of DEHP being all around us. Food packaging, cling film and plastic wrap, water bottles used by cyclists, floor tiles, water pipes, shower curtains, even babies dummies (pacifiers). Contador’s DEHP levels were 10x that found in his other samples, but question marks over the levels and source of the plasticizer remained. Unlike with say, Testosterone, we know that over a certain ratio, its indicative of doping, or certain levels of other hormones point to doping, no baseline or threshold had been established for DEHP, making it impossible to prove that it was as a result of doping.

The problem is that cycling and anti-doping authorities haven’t agreed on a “certified” test on precisely what levels of plasticizers would come from the environment versus medical devices. – Charles Pelkey

Is the plasticizer test dead?

Yes and no. As a primary means of identifying if an athlete has had a transfusion, or for instance used a prohibited IV, the test is as good as dead. There are too many questions about how a threshold would be determined (and its largely irrelevant as most manufactures are gradually moving towards DEHP free products). Do anti doping agencies still test for phthalates? This document would suggest so, but purely as a tool to lead to further analysis for either HBOCs (haemoglobin based oxygen carriers) or HBT (homologous blood transfusions).