Why the BloodyElbow article on Machida, GlobalDro and 7-Keto is misleading at best, and at worst…

Lets start at the beginning. In this piece on MMAFighting, USADA representative Ryan Madden says that for Machida to discover the status of 7-Keto it would be as simple as visiting GlobalDro and checking its status.

Here’s where we need to make an immediate distinction on what is meant by Mr Madden in that quote. He is responding to a question from an MMA Journalist, for a MMA Site, regarding a violation involving a MMA Athlete. Did Mr Madden explicitly mean the domain globaldro.com or did he mean the dedicated UFC portal ufc.globaldro.com?

The writer of the piece actually spent a great deal of time explaining to me on Saturday how the English language is not to be taken too literally, that things are implied, you can assume things, you can interpret things, yet in this case, the writer is insistent that Mr Madden should be taken literally, exactly as written, and not as would appear, far more logical.

Lets take an example. The UFC athlete handbook. Given to all athletes, and Lyoto Machida would have received a copy of this IN HIS NATIVE TONGUE – PORTUGUESE and in the Portuguese version, on no fewer than five occasions does it implicitly list the dedicated site as being UFC.GLOBALDRO.COM 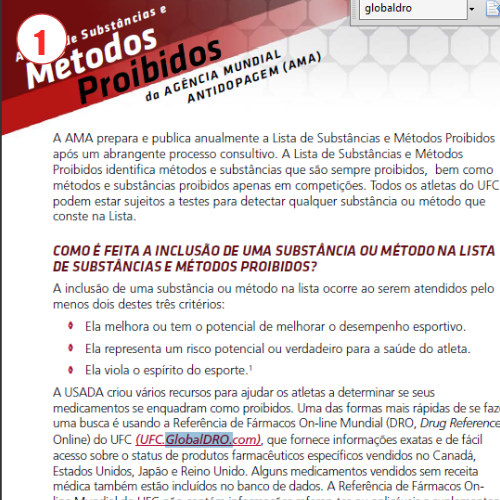 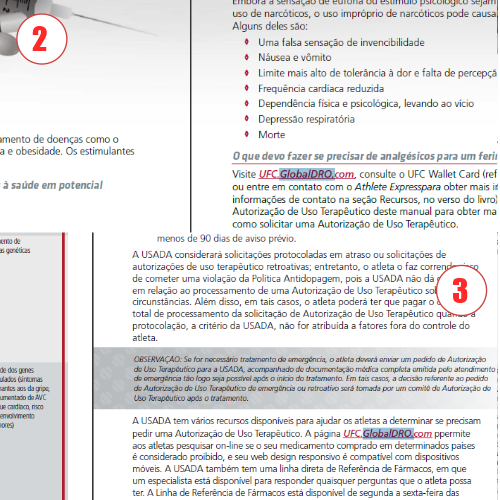 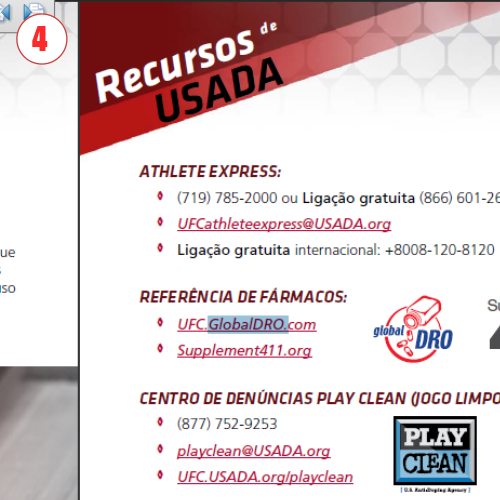 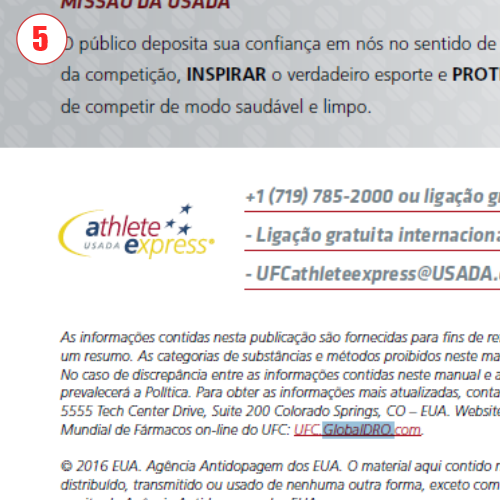 The athlete was also given a wallet card, this too in his native tongue of Portuguese, which again, implicitly states that the site to visit is UFC.GlobalDro.com 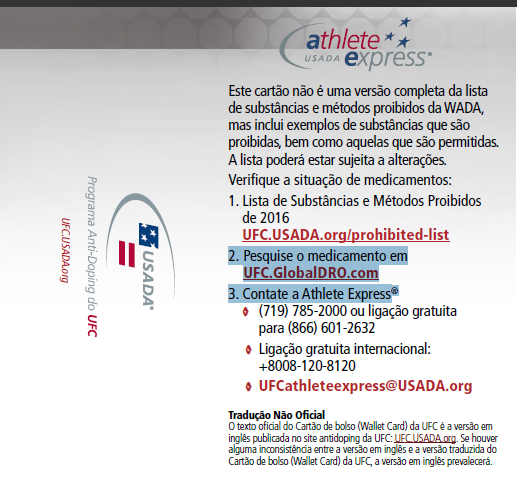 Now… at some point (We dont know when, it could be before, OR AFTER Lyoto Machida purchased and then admitted to the use of 7-keto) there was an additional Portuguese language leaflet entitled “Reduce your red flag risk” given out which was a general leaflet (not UFC branded or specific to the UFC – there is UFC in the URL but the leaflet was also available with a non-UFC tag as well) and in that it states…

“You can use the GlobalDRO.com page to help you understand the anti-doping status of the ingredients listed on a label”

Note, this is not a big reference as in the Handbook, its purely a single line of text referring to globaldro as a resource.

Any intelligent person, can work out that Machida would have visited UFC.GlobalDro.com as to fail to read both the wallet card, the athlete handbook, to fail to follow a link from the USADA website, to fail to follow the links in the athlete express app, and instead use the address mentioned in a piece of generic literature is just a whole too many “fail to’s” and is way too co-incidental.

For the writer to be accurate in deciding that globaldro would be the correct site to visit, it would involve Lyoto ignoring multiple pieces of information telling him that UFC.GlobalDro was the correct site, and relied on him reading one leaflet and an article with a quote from Ryan Madden that wasn’t even published yet.

Here’s what you are presented with… 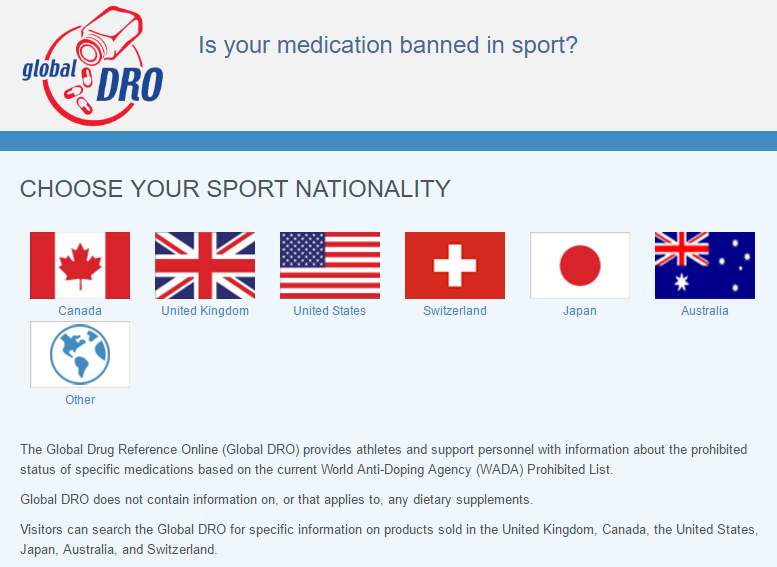 First, the option is “Sport Nationality”

It does not say “Your Nationality” or “Athlete Nationality” is says sport nationality. The writer says that sports don’t have Nationality’s. That not entirely accurate. The UFC is an American company, an American organisation and as such could be considered “American”. The Dutch Cycling Federation for example, is Dutch, the US Olympic Committee, is American…

Another claim from the writer is that “The globalDro Handbook” produced by USADA states “Go to GlobalDro and enter your nationality.” Again, we are expected to believe that Machida failed to read two different Portuguese language resources given to him by USADA, but DID read, an English language resource that to my knowledge USADA have not distributed to UFC athletes.

The other reason it likely doesn’t say “Athlete Nationality” etc, is because its not just for athletes, its also a resource for coaches etc.. If a coach has five athletes under his charge, three American, two Brazilian, he doesn’t visit two websites. He uses the one that is relevant to the “place of purchase” and “accepted place of residence of the organisation”

The second important bit is “Visitors can search the Global DRO for specific information on products sold in the United Kingdom, Canada, the United States, Japan, Australia, and Switzerland.”

So the design of the website is for people to check the status of a drug based on “Place of purchase”. This again is an important think to note. Machida is resident in America, and its fair to assume, that his purchase of “7-Keto” was made, in the US, from a US store, assumedly made by a US manufacturer, unless of course we are to believe he had it imported from Brazil or purchased it while travelling.

Now, much has been made of this being an English resource and therefore no good for someone who’s native language is not English

I don’t know about other people, but I find that in all my browsers, both on PC and on my phone, that when I visit a website that is in my non-native language, it will automatically translate it for me to my own language. Yes, it doesn’t replace natively coded websites, but its certainly understandable

So as a Portuguese visitor to globaldro.com, it automatically translates…. 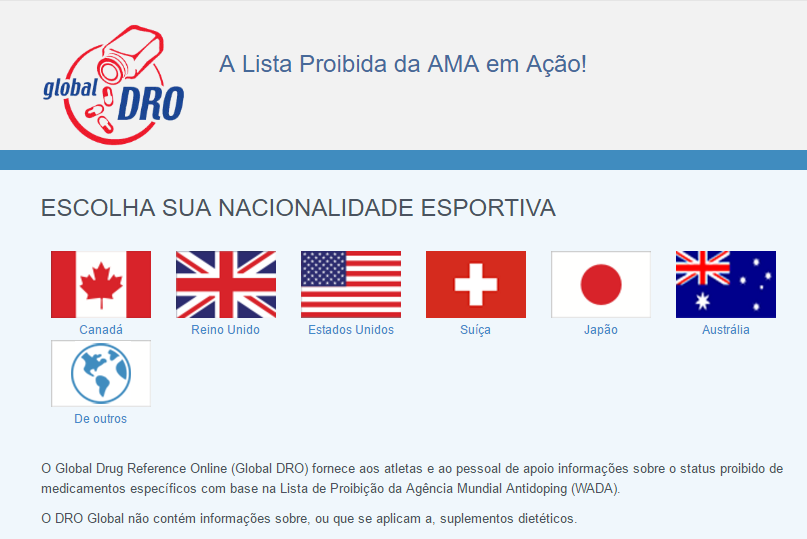 And here again is an important point…

Translated as “Choose the nationality of your sport”

again, expressly stating, in Portuguese, that the site is for checking the status of substances PURCHASED within the specific countries.

So, we choose USA because that is not only the place of purchase (the likelihood that Machida, a US resident, travelled to Brazil to buy 7-Keto – or had it shipped to him from Brazil – would be stretching the co-incidences a bit too far), but also the location of the UFC as a sporting body.

The next page presents us with…

Here we get to choose from athlete, coach, parent, doctor etc. which again, is why it is not “athlete nationality” specific but specific to nation of sporting body, and nation of purchase..

Select UFC as the sport, and then “NATION OF PURCHASE”, again, this is purchase point specific, not athlete specific.

Now here’s the funny thing, this amused me, the TOP Search on the GlobalDro website is in fact 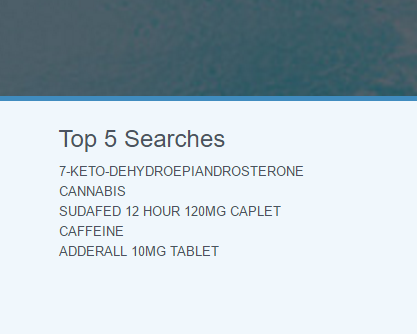 7-Keto DHEA (This actually suggests that numerous people in, I guess, checking for themselves if 7-Keto is prohibited, have left an audit trail that points to large numbers of people – of undetermined nationality – being able to somehow find the ufc.globaldro portal and conduct a search for 7-Keto)..

And we are going to assume that Machida is using a web browser designed after 1998 and its translating for him as his English is not very good, but I will use the English example for convenience

You will notice straight away, this is not nation specific, this is a general all-encompassing website for UFC Athletes….

So we click “Drug Search” (Or “Pesquigas de drogas” for those in portugese), and for even an athlete with no English, the red pill shaped button complete with magnifying glass is pretty easy to identify.

We are presented with various disclaimers etc (again, thank you google translate) stating that the site is relevant to products purchased within certain countries (US included but not including Brazil – but its as has been stressed before, highly likely considering where he lives, that the 7-keto was purchased in the US) 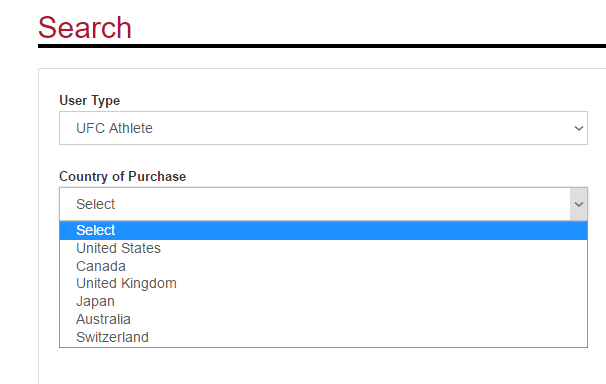 So again, he purchased the products in the US, so he would select United States, and you will notice, on the dedicated UFC Portal on GlobalDro, at no point, does it ever ask for the athletes nationality, only the place of purchase (With links to other websites for substances purchased outside of the jurisdictions of the various anti doping agencies who combined to support GlobalDro) This directs him to the website of ABCD (Brazilian Anti Doping). Again, an important note. The final line of that disclaimer states

So already you are warned that if its something purchased outside of the US it may not appear.

Now, ok, 7-keto is sold in Brazil, but remember, we are Machida, we don’t know what 7-Keto is, we don’t know if its prohibited, so we likely have no idea if it is available worldwide or if its just an American thing.

You then have the same search function as on GlobalDro and after entering the details (note it does not ask for nation of purchase because the ABCD site is SPECIFICALLY FOR ITEMS PURCHASED IN BRAZIL) you then get another prompt. “If you did not find the drug or substance you were looking for in your search, it does not mean that it is allowed or can be used indiscriminately.”

“Our database does not contain information on dietary supplements.” Therefore, Machida with a bottle of 7-keto in front if him, assumedly not knowing what 7-keto was (or its fair to assume he would know it was banned), would be perfectly fair for him to think it was a “dietary supplement” and therefore wouldn’t appear in the search anyway

So you accept those terms, knowing now that because it was purchased outside of the US that its probably not in there, and that just because its not in there doesnt mean its ok to take, you get a “not found” message

But remember the previous warning, “JUST BECAUSE ITS NOT FOUND DOESN’T MEAN ITS OK TO TAKE”

and the final piece on the page…

“consult the List of Prohibited Substances and Methods of the World Anti-Doping Code in force, your Doctor, or contact [email protected] for more information.”

The writer discovered that the search function on the ABCD website is insufficient for the task at hand, as was pointed out to him by several people, myself included, and in doing so discovered the “end point” of his planned journey.

The question was, how to get there, and in his imaginary re-enactment of Lyoto’s steps, he got there, but in a route that defies logic and involves crediting Machida with a whole host of events that are beyond co-incidence.

The writer has gone into great detail over the course of several articles to explain why 7-keto shouldn’t be prohibited, that it does nothing, and Machida has been harshly treated. Here is the same writer a few months earlier, stating that 7-Keto is a “masking agent”