In 2013 after Lance Armstrong made his worldwide confession on the “Oprah Winfrey Show” I was asked to write a short piece for Bicycling Magazine. Over the previous ten years, countless people had fought against Lance Armstrong, at times amidst threats both online and more personal. One significant group of people was a loose collective of bloggers, journalists and what would nowadays be called social media commentators. People who fought for ten years, determined that the truth would one day come out. 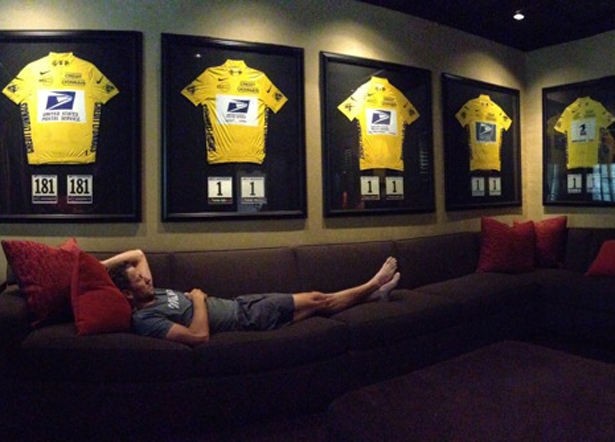 Who or what brought down Lance Armstrong? It’s honestly too soon to say. USADA definitely played a key role, as did the Justice Department. Current and former pros told their stories, as did some persistent journalists. People who were personally hurt fought for the truth to come out. But another group of individuals played a significant role in this decade-long saga—commentators on social media (primarily Twitter) who kept digging and prodding and refusing to let this story die. We asked a handful of the most prominent voices to share their thoughts—on the last few days and the last ten years. Though their narrative is still unravelling in 140-character increments, here are their stories, in their own words. (Bicycling Magazine – January 2013)

July 2005, in a little bar just off Rue George V in Paris, a conversation about what we had just witnessed for the seventh time. At the table next to us four Americans clad in yellow Livestrong shirts got up, stood by our table, glared at us, reminded us what an incredible story it was, reminded how much he had done for the “cancer community,” and even if he did dope, he was only doing what everyone else was doing. They walked out.
July 2010, standing on the roadside just after the Champs around 7 p.m., a RadioShack car drives by on the other side of the road. Veering last minute it pulls over to me, the windows wind down, and the occupants flip me the bird and the car drives off. Fast forward to 2013, and Oprah asks Lance “Did you take performance enhancing drugs?” “Yes.” “Did you take EPO?” “Yes.”

I don’t know what I was expecting to feel—joy, happiness, revenge, anger—but all I ended up feeling was numb. Then it slowly dawned on me what he had said, and I thought, “Finally, this is over, Lance will admit, he will implicate Ferrari, Bruyneel. He will damn the UCI, express remorse, apologize to all the guys he cheated, the guys he lied about, the people he lied to, cycling can be cleansed, it’s all over and we can move on.”

It’s then I realize, things haven’t really ended. In 2013, just like 2005, Armstrong is still only doing what everyone else was doing, he’s still hiding behind Livestrong, and he’s still, like 2010, flipping everyone the bird.

You can read the other short pieces in the following links

SuzeCY @festinagirl
The Yellow Troll
In the end, the monster turned out to be the very thing he despised most

mmmaiko @mmmaiko
The Next Step
The real surprises came after Doprah