Quick Take: How much does “USADA” cost the UFC?

Im often asked “How much does the USADA anti-doping program cost the UFC?”

Fortunately, the US Anti Doping Agency produce yearly financial reports, so while we cannot work out exactly how much the program costs we can get a pretty good idea.

Can we attribute the whole of that $3.7m increase to the UFC program? Probably not. USADA has consistently increased revenue over the past few years so its likely that other sources of testing income are responsible for at least part of that.

For example, in 2016 with WADA accredited lab in Brazil losing its accreditation, testing of those samples was moved to US labs. Its entirely possible that USADA would  have been logistically involved in the movement and administration of those samples bringing in some extra revenue. Its hard to tell. 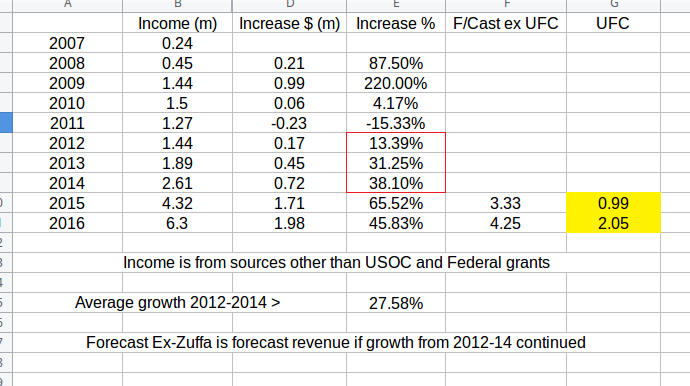 Its really hard to say exactly, but what we probably can say:

Its almost certainly higher than $2 million per year

Its probably not as much as $3.5 million per year

Update July 2018: USADA have now released the 2017 annual report so we have an additional years data to look at.

$3.0 million at this point seems the most likely cost..